SweetKenny's " This End Up! " is a " Heavy Rock,  Beerdrinking,  Barband,  High Energy " fun album, with a mix of instrumental guitar and vocal songs.
It's a 10 track album with songs like " Mary Ann " , " I Met Her At The Taco Stand ", ( a true song ) and " Rain ". with his free style playing on this album makes it a must have album to listen to and have.  This album has alot of fun to it with his song " She ", about a past girlfriend, and his guitar song " Time To Let Go " a song he wrote when he was sick with the stomach flu. There's something for everybody on this album to enjoy! Kens style of playing makes it a must have album!! 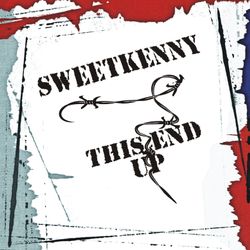 WaterFall Records The Home Of SweetKenny