SweetKenny's " Cracks In The Wall " is a " Heavy Rock " blues style feel album.
It's an all guitar instrumental album with songs like " Can't Drive " , and " Booze and Broads ", his free style playing on this album makes it a must have album. when most would shy away from putting an album out like this in today's music because of the free style playing on it, it's what you hear is what you get. but then again most don't have seven (7) albums out there.

I (Ken) look at it this way, when your on stage, you can't play it just right or with the same feel as when you first recorded it. spending to much time trying to get it right is a loss in the feel of the music. Rock n' Roll is a feel, not a proper style of music. all you who play know that feeling... 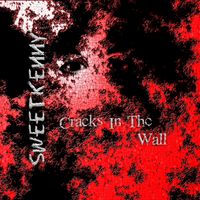 Buy " Cracks In The Wall " at CdBaby!

Listen To " Cracks In The Wall "

WaterFall Records The Home Of SweetKenny